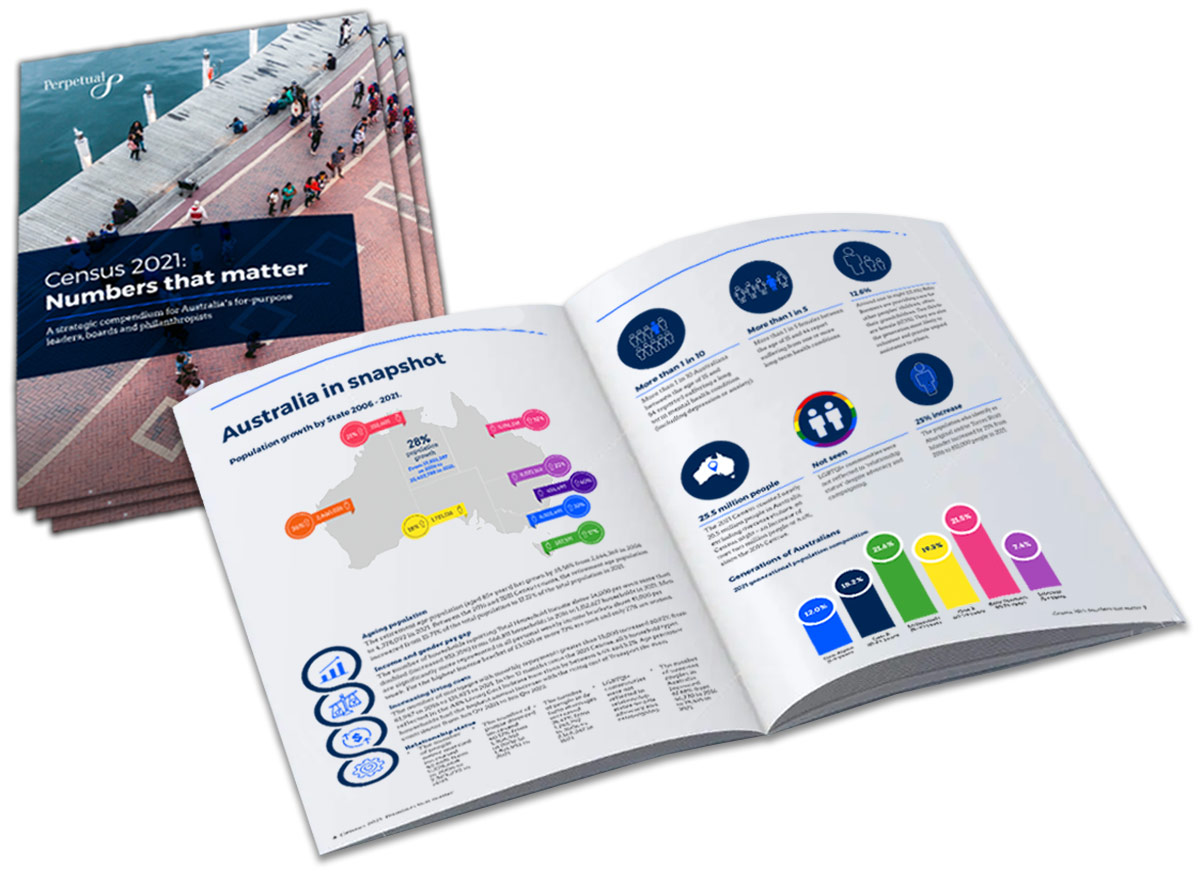 Below is a snapshot of Australia’s population, extracted from the Census 2021: Numbers that matter report – you can read more about the report and its authors below this story, as well as explore the other core themes covered by the report.

Every five years there’s great excitement about what the latest Australian Census will say about our nation. It’s invaluable information.  It is a snapshot in time that provides us with important data points; but insights can only be drawn when that data is mixed with the experiences of people closely in touch with our communities.

The Census provides us with the data that fuels our questions. It is incumbent on us as social sector leaders to design the answers.  Read more about the lived experiences and voices of community in the full Census 2021: Numbers that matter report.  Delivered by Perpetual Philanthropy and Not-for-profit in conjunction with Seer Data & Analytics.

The 2021 Census counted nearly 25.5 million people in Australia, excluding overseas visitors, on Census night – an increase of over two million people or 8.6%, since the 2016 Census.  The population who identify as Aboriginal and/or Torres Strait Islander increased by 25% from 2016 to 812,000 people in 2021.

These are just some of the challenges the Census puts to us. We must rise to meet the challenges of our times. We feel positive about the sector stepping up to that challenge because we have more tools to use – like the data in the report and available on the Seer platform. And we have the insight and judgement and sheer hard work of people like the civil society leaders who’ve contributed to this paper.

They give us hope.

More than 1 in 10 Australians between the age of 15 and 54 reported suffering a long term mental health condition (including depression or anxiety).

More than 1 in 5 females between the age of 15 and 44 report suffering from one or more long-term health conditions.

Around one in eight (12.6%) Baby Boomers are providing care for other peoples’ children, often their grandchildren. Two thirds are female (67.5%). They are also the generation most likely to volunteer and provide unpaid assistance to others. 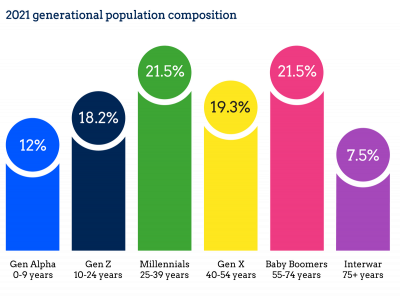 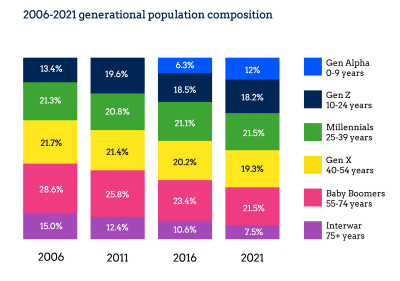